Paralympian Alphanso Cunningham, more known to his friends as “the Ambassador”, copped the prestigious Chairman’s Award at the recent RJR”s Foundation National 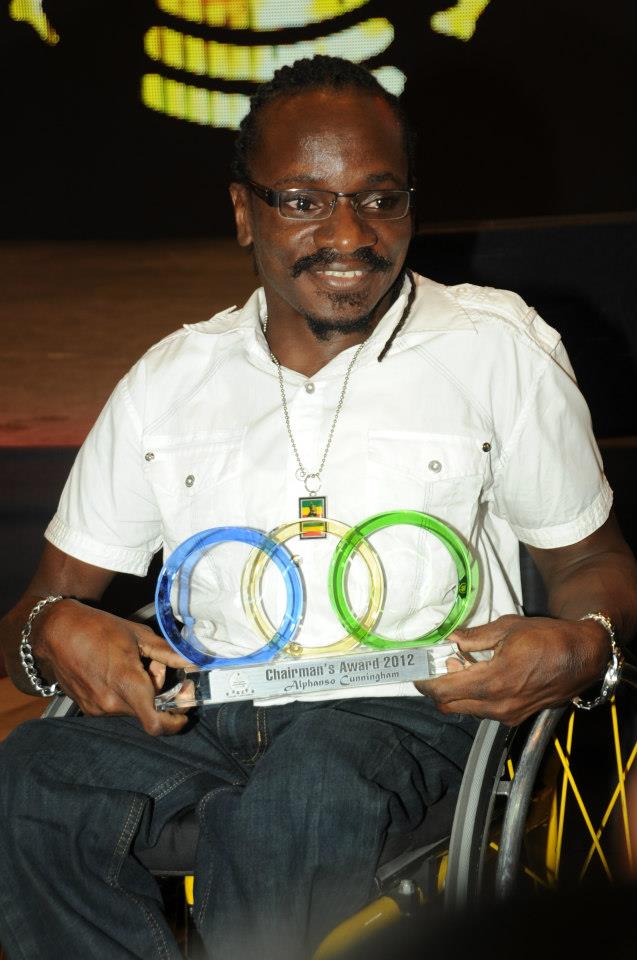 Sportsman and Sportswoman of the Year Awards Ceremony.

The Ambassador now has the credentials of Chairman and his achievement is all the more impressive as he topped well decorated olympians and paralympians to gain the award.

Alphanso also received two other awards: a Special Award for his gold medal outstanding performance in the F52/53 Men’s Javelin at the London 2012 Paralympic Games as well as for excellence. Commenting on his last exploits, he said: “it is a wonderful feeling for me and those who helped me to be where I am now. My work is not finished. It continues for the love of my country and paralympic sports.”

Alphanso now turns to the IPC Athletics World Championships in July in Lyon, France where he and his fellow athletes Tanto Campbell, Sylvia Grant and Shane Hudson will be a part of a team on the hunt for gold, gold, and more gold!