Dr. Hamilton has worked extensively with elite athletes over the course of the past sixteen (16) years. These work experiences have resulted in his planning and executing the following successful sports psychology programmes/ interactions:

His unique style of communicating and relating to athletes – utilizing a combination of empathy, humor and encouragement underpinned by academic knowledge and personal experience – has definitely helped to produce the above-mentioned (and many other) successes.

His clientele is eclectic and includes  Athletes, Entertainers and Business Executives.

Dr. Hamilton joins the Jamaica Paralympic team with a wealth of professional knowledge and experience and a commitment to transforming lives.

Neville Sinclair, is our Sport Manager and  a true Paralympian whose loyalty to the movement and commitment to the success of his athletes are unquestionable. Just look at his record of achievements, which exemplifies not only talent but longevity, and you will see a stalwart emerging.

Took a break from competition

Neville has been involved in coaching paralympic events such as track and field, table tennis and wheelchair basketball as far back as 1984 but it was in 2003 that he commenced seriously to pursue it. His expertise and commitment to our athletes have guided many to medal performances.

In early 2016. Neville was appointed the Sport Manager by the Board of Directors in recognition of his competence, outstanding performance and unwavering dedication He will now oversee all Paralympic sports.

Neville Sinclair, a Paralympian with vision and on a mission.

In the heart of volunteerism, you will find Rani Sittol and at the centre of service to fellowmen he remains seated comfortably and without fanfare.

A Medical Doctor by profession, his first baptism in the Paralympic movement was in 2017 as the team doctor at the Nottwil Para Youth Athletics Championships when and where he fathered our young gladiators in ensuring their health and well-being for competition and medal achievement.

Rani is currently “on leave” from the movement and is a Resident Physician at Englewood Hospital Medical Centre, New Jersey, in the United States while using post-graduate training in internal medicine.

Rani, a Paralympic spirit and game-changer.

Fitz Coleman resides in the hallowed category of coaching greats in track and field in Jamaica. 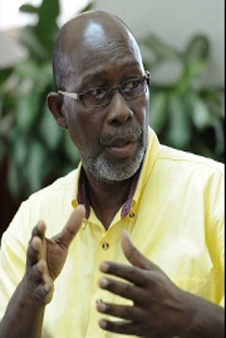 With a distinguished professional career of over thirty-five years during which time he was  schooled at the University of Johannes Gutenberg, Germany,and Church Teachers’ College, Jamaica, and attained the IAAF Level V (Puerto Rico) certification,  the highest level in catching education in track and field, Fitz has nurtured and actualized so many of  Jamaica’s top athletes.

He has served  in the capacity of Technical Director and Head Coach of the High Performance Training Center in Kingston,Jamaica, an International Association of Athletics Federation (IAAF) recognized body with responsibility for training Jamaican  athletes and also for national athletic teams to international games. An indefatigable educator, he continues to be an expert adviser and a noted speaker on the sport  in the Caribbean and Europe and has to his credit  an online manuscript on ‘Jamaica athletics – “A perspective on Jamaica’s Olympic Achievements from 1948-2008” (http://www.iaaf-rdc.ru/eng/news/081215/fitz_coleman.pdf).

For his work in track and field, Fitz has been the recipient of several accolades and awards which include the Jamaica Sports Foundation, Jamaica Gleaner Person of the Year award in 2006 for recognition of outstanding contribution to sports in Jamaica and the  Inter- Secondary School Sports Association (ISAA) Award for his contribution to the Boys and Girls Athletics Championships in 2009.

Coaching paraathletes has given Fitz a some what new but not an unfamiliar dimension to his coaching life as  he is a consummate Educator on and off the field of play which allows him to inspire any talent to do the best. Guided by principle and values and driven by his personal creed of excellence, Fitz pursues the Paralympic and Olympic dream as a coach, mentor, motivator and an achiever.

Revered as an expert in the field of conditioning of athletes, Orville Byfield, a master graduate of the International School of Physical Education and Sports in Havana Cuba, has been a nationally recognized coach for over 10 years in the area of track and field in Jamaica.

One of the few International Amateur Athletic Federation (IAAF) level four (4) coaches to have represented his country at both the junior and senior level, Orville has moulded several world class athletes.

Based on his expertise and record, it was only fitting that he made his home at the University of Technology, Jamaica; the home of world class athletes.

Orville, a member of the Paralympic Movement with vision and on a mission.

Rushane Sterling, a committed and exemplary professional who continues to give of himself as a Massage Therapist to 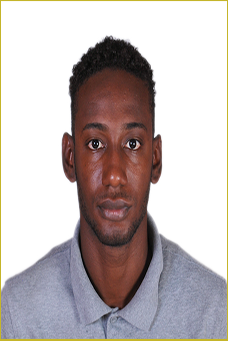 several of Jamaica’s athletes in the Paralympic and Olympic movements.

A graduate of the revered  The G.C. Foster College of Physical Education and Sports where he obtained accreditation in massage therapy, Rushane has earned his spurs in his profession but continues to equip himself with knowledge

He has given national service on several occasions as part of  Jamaica’steams to international games including IPC’s  Paralympic Games and World Para Athletics Championships, the Commonwealth Games,  World University Games and the Penn Relays.

Selfless in imparting knowledge and using his skills for the benefit of others,Rushanne not only works on Jamaican athletes but has also given assistance to regional athletes in training and at games.

An exceptional volunteer, Rushanne embodies the Paralympic Spirit of going beyond the incredible in serving athletes.

Sandra Szogedi is the Secretary General of the Jamaica Judo Federation and the Head Coach for the sport of Judo in Jamaica.

A former gymnastic champion for Hungary, Szandra made the transition to Judo so seamless, while residing in Ghana, in becoming the first female athlete to represent that country at an Olympic Games which she achieved at the 2016 Rio Olympic Games.

She has competed in several international competitions including the Commonwealth Games and has many achievements; and in the last two years, she has dedicated her time and efforts in the sport to coaching talent which she hopes to transition to the Paralympic and Olympic stage where her dream was realized. 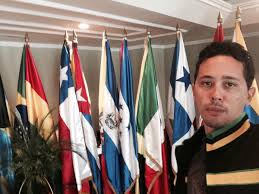 He has several years of Foil Fencing from Carleton University in Ottawa in Canada, where he studied, and at Excalibur fencing club where he trained with foilists under national head coach Manuel Guittet and Paul Apsimon.

A dedicated and competent coach, Kurt has been selected for several courses notably the Continental course for Foil Fencing, hosted by the Pan-Americana Sport Organisation (PASO) / Organización Deportiva Pan-American a (ODEPA) in Guatemala in 2019 which  was attended by other Pan-American professionals from Guatemala, Mexico, Brazil, Ecuador, Jamaica, Bolivia, Argentina, Venezuela, El Salvador, Honduras, Chile, Cuba, Paraguay, Costa Rica and Panama.

He now devotes his time and expertise in honing young talent for a berth on the biggest stages and in global sports. 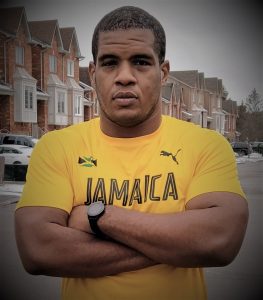 Steven Moore, a lover of the martial arts has been an active part of the growth and development of judo in the island of Jamaica since its introduction in 2018. He serves in the capacity of Coach: Para-Judo with the Jamaica Judo Association. Since then he’s worked assiduously with the country’s first Para-Judo athlete, Theador Subba, in his bid to realize his Paralympic dream at the Tokyo Paralympic Games.