The victory inspiring melody on the Jamaica Paralympic Association home page is proudly performed by rising star Jordan “Jedani” Batts and produced by Grantley “Sarangetti” Grant. The song was our anthem for the 2012 Paralympic Games in London and has become the rallying anthem of the Jamaica Paralympic and Olympic movements. It  not only motivates Jamaica’s athletes in their respective pursuits but inspires all to be alive and achieve more.

Jordan Batts (Jedani) was born on September 4, 1989 in Kingston, Jamaica, as the first child in a middle class family of five, comprised of David and Michele Batts and their 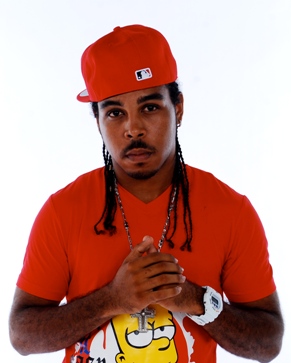 three children. Jordan showed many different interests in his formative years. While attending Wolmer’s Preparatory School, he participated in extra-curricular activities such as visual arts and football. However, it was not until listening to one of his father’s many Bob Marley records, at the age of eight, that he showed an interest in music for the first time. He began singing along to the song ‘Buffalo Soldier’ by Bob Marley. His father was a big fan of Bob Marley’s music and It was not long before Jordan’s interest in music grew to a passion, and time, which would usually be spent on other activities would soon be spent listening and singing along to any record he could find in the house.

It was while attending Ardenne High School, that he got the buzz for a career as a recording artiste, and began writing songs. He was however told by his father that music was merely a hobby and that he needed to develop ambitions that could actually provide a return. Giving consideration to the concern of his father, Jordan successfully graduated high school with 7 subjects. However he knew that music was his destiny. In 2009 he entered the Edna Manley College of the Visual and Performing Arts to pursue a degree in graphic arts. He took a break in 2010 to focus on his music career. At this time the he was given the stage name ‘Jedani’ by a close friend. Jedani soon after met with upcoming producer Grantley ‘Sarangetti’ Grant. The two immediately began recording demos and developing a sound for Jedani.

Jedani’s diverse musical sound has been influenced by a range of artistes, such as greats like Bob Marley and Michael Jackson, to the more current icons such as Iyaz and Damian Marley. Jedani has a unique style that delicately blends a variety of musical genres, mainly reggae and pop. Not only is Jedani a talented song writer, but as proven last year at his first appearance at Jamaica’s Reggae Sumfest Festival 2011, he is also an energetic and radiant performer who knows how to make his presence felt on stage.

Jedani’s latest project is a song entitled ‘Victory’, produced by Grantley ‘Sarangetti’ Grant. ‘Victory,’ written and sung by Jedani, is a song dedicated to all the Olympians taking part in the 2012 London Olympics. Jedani thought it was extremely important to put his focus towards creating a special song , as 2012 marks the 50th year of independence for his country, Jamaica. Although a proud Jamaican, Jedani wanted to create a song that not only Jamaicans could be proud of, but that the world would be able to relate to and feel. The first lines of the song “live for the moment, live for your dreams, shoot for the stars, no matter how far they may be” is a powerful message to anyone having to face obstacles in order to achieve a specific goal in life. Jedani chose to dedicate a song to the Olympians because he himself has encountered many challenges on the road to becoming an established artiste, and so he was inspired by the fact that, the Olympics is a prime example of how hard one must work and how dedicated one must be in order to achieve success. To Jedani, ‘Victory’ is more than just another song, it is a personal anthem that may not only encourage others to believe in themselves and their dreams but may also empower them to fight to make those dreams a reality.

At twenty two years of age, Jedani continues on his journey, confident and hopeful that his hard work and dedication to music will pay off and that one day his dream of becoming an international recording artiste will become a reality. 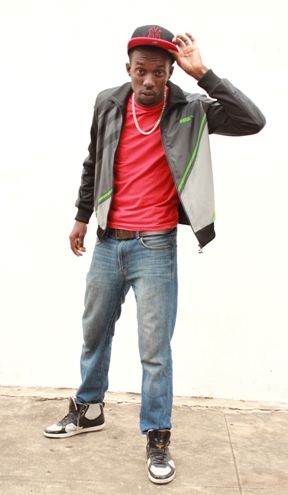 interest in the music but it wasn’t until the 4th Grade at Mona Preparatory School, where he started to learn how to play the guitar, that his quest for sound creation began. He was always interested to find out how composers made ‘riddims’ or beats and it wasn’t until age 10 over a friend’s house that he discovered the music production programme, ‘Fruity Loops’. The rest was history. After years of self experimentation and competition with other friends, his musical talent began to develop at an extraordinary pace.

While attending Campion College, his talent expanded and he quickly gained the respect of his peers who would encourage him to put his work out there. There he also taught himself how to play the keyboard and the drums. Being in a number of bands throughout the years, he is no stranger to performing. Throughout high school he was faced with a tough decision that would decide the course of his life. A choice between music or medicine. His passion for music couldn’t see his back turned to it and so he continued to produce and polish his craft.

Sarangetti’s music became more and more diverse as he listened to music all around the world and all the various genres that existed. He grew to respect and enjoy all music and this diversity contributed greatly to his versatility as a composer/producer and he became influenced by anything that sounded good. From then till now he has gathered a lot of experience and familiarity with the powerful programmes he uses today and has produced nothing but quality audio since. He has been involved in many projects over the years including the composition of TV show jingles and background music, folly tracks and soundtracks for movies, radio advertisements, voiceovers, mixing and composing beats/’riddims’ for various artistes.

Jedani was introduced to Sarangetti by a friend and the two worked and developed a sound for Jedani which can be heard in his later works. The duo began spending a lot of time in Sarangetti’s home studio where they now have an arsenal of records to set free on the world. Sarangetti’s latest project is a record called ‘Victory’, produced by himself and written and performed by Jedani. The decision was made to dedicate the song to all the Olympians taking part in the 2012 London Olympics. The song conveyed a very powerful message and its upbeat style also ties in a form of celebration. The song captured the spirit and willpower to succeed, both attributable to the Olympics games hence it was most suitable and relevant.

At twenty one years of age, Sarangetti continues to seek that ‘big break’, that will see his talent, hard work and dedication receive the acknowledgement and respect it deserves. He believes that nothing in life is easy and whatever one puts in is what life gives back to you.