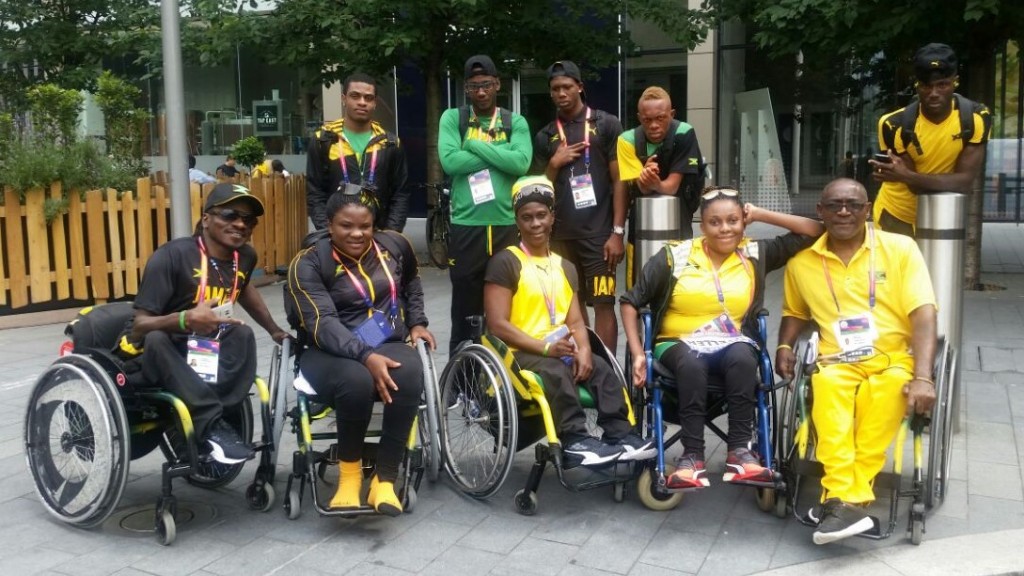 Newcomer, Chadwick Campbell, faced the starter this morning in the male T13 100m preliminaries and placed sixth in 11.49 and did not progress as the heat was won by the Irish athlete Jason Smyth in 10.73 who advanced to the finals with the fastest time. Campbell was disappointed as he was looking to better his personal record of 11.34 which would have given him a berth in the finals. “I am somewhat dejected although this is my first outing on the international stage as I was hoping to be in the final”.

Jamaica’s journey continues tomorrow with Chadwick Campbell in the male T13 200m and Santana Campbell in the female F 55 javelin. In these events, the country is expected to secure medals in the Championship now underway in the gateway metropolitan city of London.

Chef de Mission, Jacqueline Cowan, is marshaling Jamaica’s team: “The team is a mixture of committed experienced athletes and newcomers who are eager to affirm or make their mark on the global stage”.