The Hon. Natalie Neita-Headley M.P., Minister with Special Responsibility for Sport, visited the training camp of the Jamaica Paralympic Association (JPA) at the Sir John Golding Rehabilitation Centre, Mona, on Thursday, July 26 as part of the Government’s support of the paralympic athletes for the 2012 London Paralympic Games.

The Honourable Minister, during her visit, participated in a javelin competition with Jamaica’s elite female paralympians, Sylvia Grant and Toni Greaves and thereafter a medal ceremony was simulated as part of the JPA’s promotion of London 2012 Paralympic Games and its participation in the event. 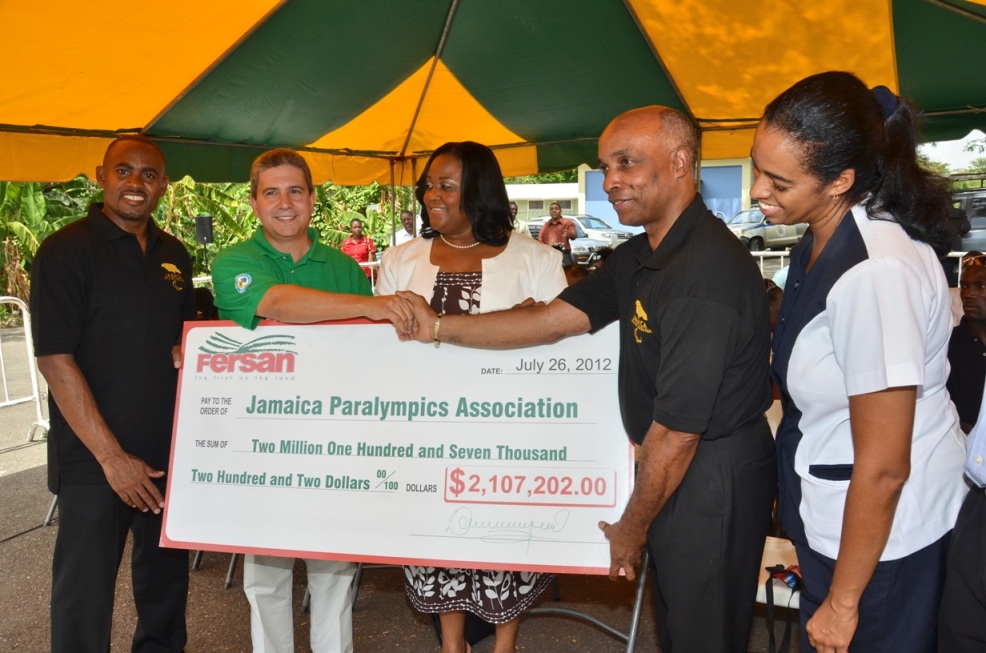 Newport Fersan Jamaica, a leading fertilizer company not only in Jamaica but Santo Domingo and other territories in the Caribbean, is the principal official sponsor of Jamaica’s London 2012 paralympic team and its Managing Director, Dennis Valdez, presented a cheque to the JPA as part of their support. Mr. Valdez and the company’s principal, Domingo Viyella, in further demonstrating the company and their support of the JPA and its athletes will be attending the games in London and will make visits to our athletes in the paralympic village during the games.

The London Paralympic Games commences on August 29, 2012 and will conclude with the opening ceremony on September 9, 2012.