A long and somewhat tiring journey across the Atlantic and then southerly over the English channel to the revered wine city of Lyon in France, could not eclipse the smiles on the faces of team Jamaica when they arrived at the international airport and were greeted by a hospitality group.

A journey ended on British Airways but another beginning in Lyon in search of gold medals and regional and world records.

This is the focus of the members of Jamaica’s Paralympic team who will have as their home the Ibis Lyon Gare La Part Dieu for the next twelve days or so where team meetings will be held, bread broken, solidarity expressed and dreams pursued to the stadium of Parilly in Lyon where national glory, in the coming days, will be achieved.

Chef de Mission and Manager, Suzanne Harris-Henry, says that the team has settled in well and is looking forward to good performances. 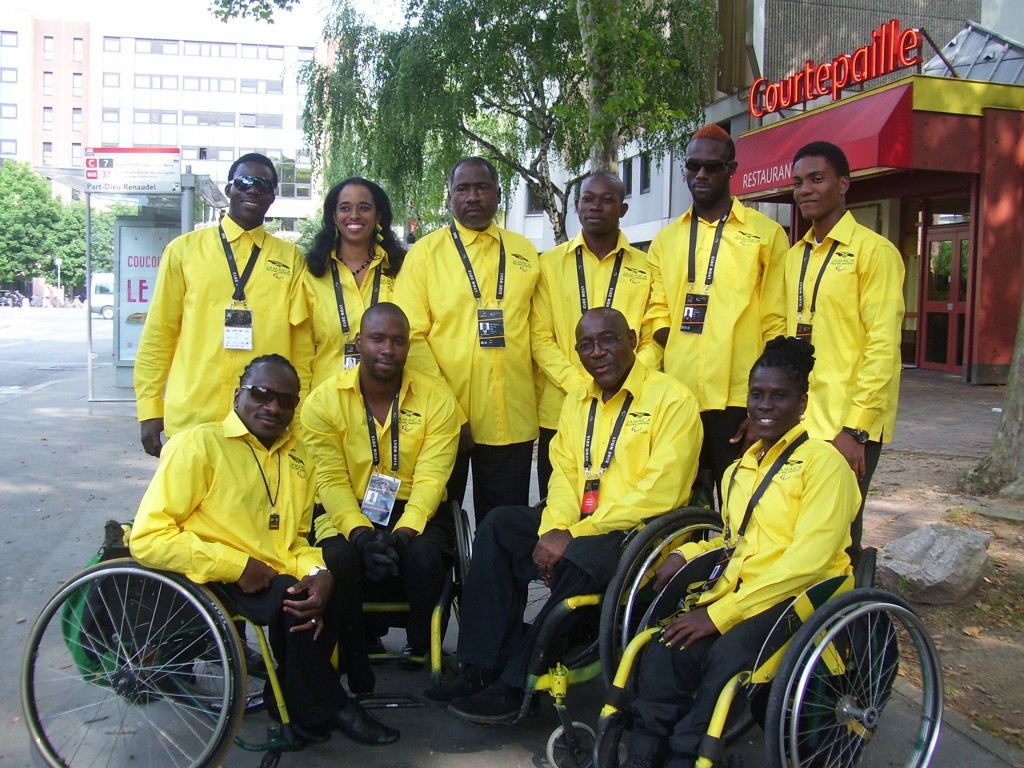