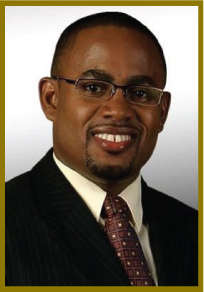 HeaformerChief Executive Officer of the Caribbean Confederation of Credit Unions (CCCUL) where he spearheaded the organization’s efforts to transform over 342 credit unions represented by affiliates in 18 Caribbean countries. He is also the former Staff Director, Executive and Branch Manager of the Jamaica National Building Society (JNBS), the only Jamaican financial institution with operations in the United States, United Kingdom, Canada, the Caymans Island and St. Vincent and the Grenadines; a Licensed Securities Dealer Representative with the JN Fund Managers Limited, a subsidiary of JNBS; a Deputy Superintendent of Police with the Jamaica Constabulary Force (JCF) who studied with the Bundeskriminalamt (German Federal Crime Office) in Germany; and a Computer Specialist with the Smithsonian Institution in Washington, DC, USA.

He was the Chief Executive Officer of GSB Cooperative Credit Union Limited, Jamaica’s oldest and fourth largest credit union, a Director of Creative Production & Training Centre Limited (CPTC), and a Governor on the board of the Media Technology Institute.

A well known motivational speaker, Courtney is the author of the inspired  work “Lives of a Soul” read by an eclectic global audience.

Courtney, a Paralympic Spirit and a Game Changer,